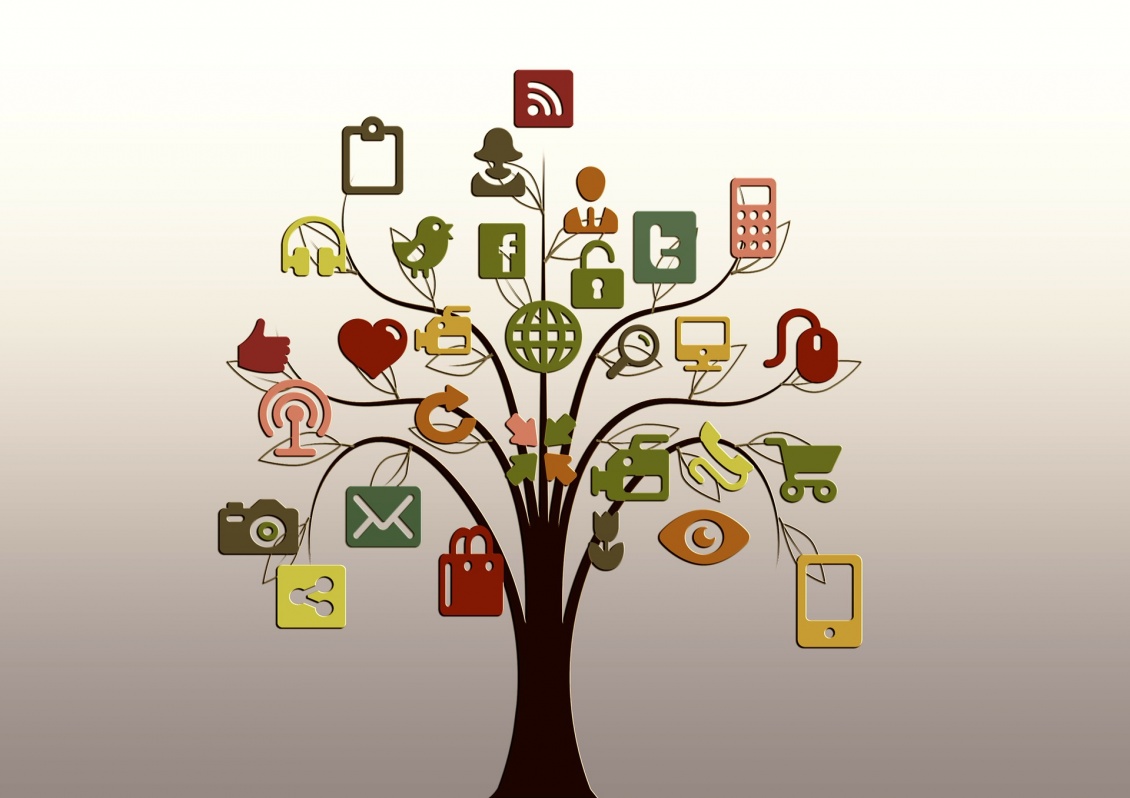 And why it applies to your “Brand”.

For the purposes of this blog the term “Brand” applies to your Small Business, Event, Personality, Celebrity, Goal etc etc – Whatever you are using Social Media to tell the outside world.

The term #Socialmedia refers to Internet sites where people interact with each other &/or business’s, celebs & products etc; where they can share & discuss information & idea’s. Recently this has become far more involved with multimedia playing a huge role & the most engaging posts are now a mix of personal words, pictures, videos and audio.

In the late 1960’s a crude form of internet was created, which led to the first email being sent in 1971.

In the late 1970’s a couple of friends created an online bulletin board, which was used to share information between them. This was the first ever Online Community.

This was quickly followed by a number of Universities in the USA, using online boards to share information amongst students.

In the 80’s things began to move very quickly & Dial-up access was pioneered by a number of American companies, allowing just over 1 million people to “get on-line” for the first time ever.

The biggest of these was AOL (America On Line) which first opened in 1985.

During the last year of the 80’s a British engineer named Tim Berners-Lee began work at CERN (European Organization for Nuclear Research, in Switzerland), this work was to become the foundations of the World Wide Web.

In 1993, CERN donated the WWW to the world – Servers started to appear all over the western world & Browsers such as Mosaic were born.

1994 saw the birth of BHI’s Geocites – where users could create their own webpages. This became a community of over 138 Million sites before its eventual closure in 2009 (USA). Yahoo opened in this year & to this day still owns Geocites (which are still hosting websites, but only in Japan.

In 1995 – Headlines were abounding such as “Internet Blah Blah – Hype Alert” – as many didn’t understand the impact this was going to have on the future.

Blogging & Users own profiles began appearing in 1997 – AOL now had an Instant messenger function & the internet was starting to flourish with rich, diverse information.

Leading up to 2000 there had been a flush of “Domain pirates” – People who bought the domain names up as soon as they were available & then sold them to whoever really needed them for vastly inflated sums. There were also a number of hastily created internet companies & in unfortunately for many, in 2000 the DOT.COM bubble burst.

However in the early 2000’s – along came Apple & Wikipedia & the internet rapidly recovered itself & with over 50 million people on line (34 via AOL) – there was a boom in information & products & services available.

In 2006 Twitter was launched. – During this time, Google was receiving more than 400 million search requests daily.

2007 Saw Facebook become partly owned by Microsoft & they began to accept advertising, They also allowed 3rd party developers to install apps on their pages. This year also saw the launch of the first iPhone by Apple.

In 2009 it was estimated that the internet had over 59 Billion webpages, but had become impossible to keep count.

Facebook grew to over 400 Million users in 2010 – With the internet now being the prefered way for people get their News… (both social & world). Apple also released the first iPad Tablet.

In 2012 it was estimated that at least 2 BILLION people use Social Media With access being available via smartphones and tablets, as well as TV’s & Computers. New sites are emerging constantly, to keep up with the demand for information. The top ten social networks of this year are Facebook, Pinterest, Blogger, Twitter, Google+, Tumblr, WordPress, LinkedIn, MySpace & Wiki.

There were live tweets sent from on board the International Space Station this year also.

Facebook has been active for 13 years now – There are many camps who say it has had its day… The audience has moved on & people are looking for quick “soundbite” sized information, Hence the emergence of image / video based social media such as Vine & Instagram & Snapchat.

So the message is – YOUR Business / Event / Character / Persona / etc etc  NEEDS to be on Social media.

The Audience are like sponges, soaking up information about you. (Or your competition if you are not on there)!

Contact info@Rocoja.co.uk for information on how you can  have a presence for as little as £1.80  Per Day.

Not Automated – Not a robot – Not generic – BUT targeted & bespoke…..

Please join Rocoja on any of the social media platforms below